A few comments on the background of Sufism

Historically, the mostly-secret initiatic orders of dervishes, faqirs or sufis arose within the religion of Islam during the time of its beginnings. It is said that some were Christian mystics, fleeing persecution in Europe and the Near East at that time, and that their roots can be traced ultimately back to the Egyptian mystery schools. In Muslim Spain, these orders came in contact with the rich Safardic Jewish transmission as well. All over the world, members of these orders were prominent scientists, healers, poets and philosophers.When Islam — and with it the dervish or sufi orders — took root in India, the great melting pot, there was an interchange with Hindu and Zoroastrian transmissions. The Chishti order, with its open-minded view of other spiritual paths and its cultivation of devotional music (forbidden in many other orders) was and is prominent in India.

These are the roots of the message Inayat Khan brought to the West.

Of course many Sufis have been and are more traditional devotees of Islam. As in any spiritual tradition,  there are fundamentalists and there are universalists. Neither is inherently good or bad. But the Message of Hazrat Inayat Khan is that of the essential unity of all religions.

Truly, from this point of view, any seeker after Truth can be said to be a Sufi.

LINK TO THE SUFI RUHANIAT INTERNATIONAL 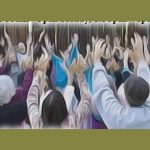 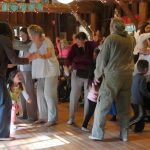